The adidas Yeezy Boost 350 V2 “Triple White” takes the popular Yeezy model in a monochromatic direction. The shoe features a white woven Primeknit upper. The “SPLY-350” messaging, which defined past Yeezy Boost 350 V2 releases, is also done in white so it is camouflaged within the upper. A cream midsole wraps around Boost cushioning to create a pristine version of the silhouette. The adidas Yeezy Boost 350 V2 “Triple White” first released in 2017, and made a comeback in 2018. The “Triple White” Yeezy is the most-produced colorway to date, and allowed Kanye West to take a step closer to fulfilling his promise that Yeezy sneakers would eventually be available to everyone that wanted a pair. 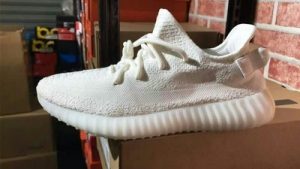 gymi03
Rated 5 out of 5
Comfy, breathable, light. Good overall fit.
EYD
Rated 5 out of 5
Very high quality. Very happy with the product. I have bought int he past as will be buying again.
Kylie
Rated 5 out of 5
Great product great price, comfortable to wear, fits as expected, nice color, build to last. recommend。
Emils
Rated 5 out of 5
Beautiful and excellent product 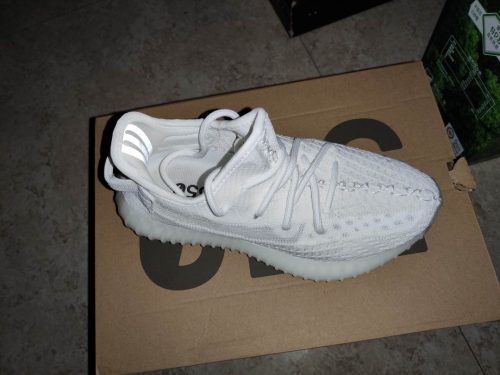 Prashant Mehta
Rated 5 out of 5
Saw these on my cousin and loved them, so had to get me a pair as well. Love their look and comfort. Hope they make them in other colors. 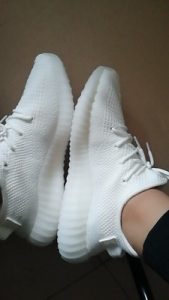 victoryball
Rated 5 out of 5
Perfect for long strolls 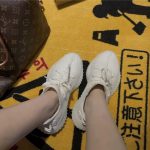 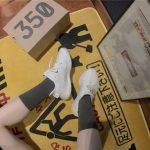 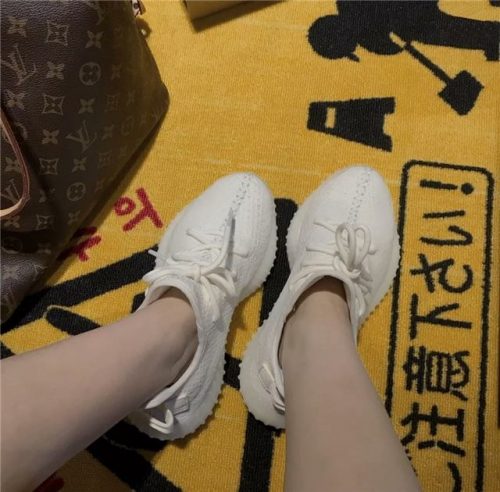